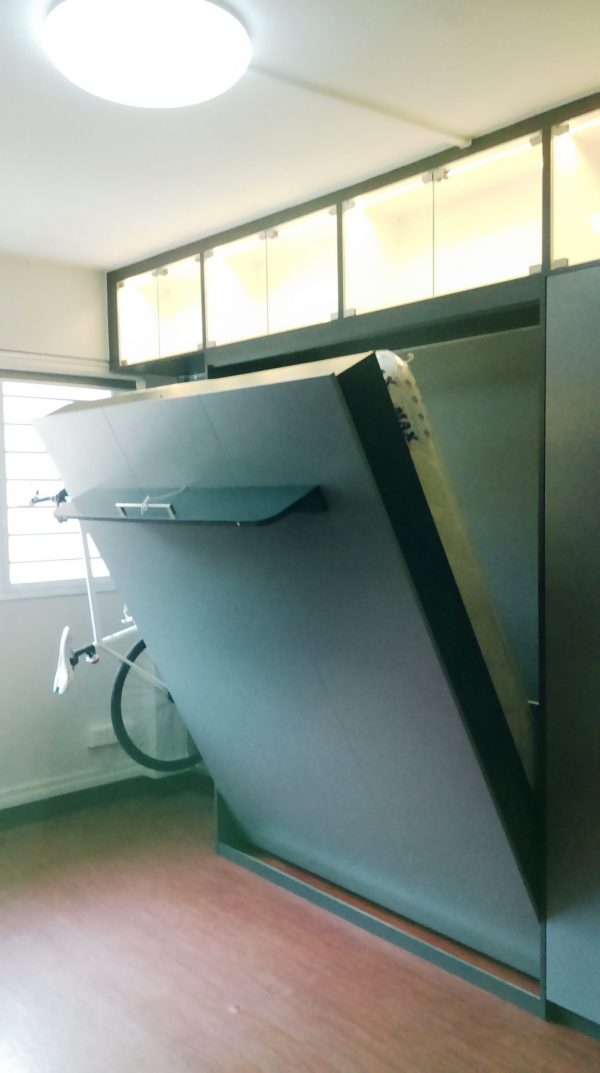 Wall beds are also commonly known as Murphy beds or pull down beds.
The wall bed is bed that is hinged on one end, enabling you to easily push it to be stored vertically inside a wall (to be more precise, the bed is stored in a cabinet whose door is flush against the wall).

Murphy bed is the namesake of William Murphy. He filed a number of parents for the wall bed more than a century ago, around 1900. Rumors has it that William’s muse was a opera singer.
He stayed in a one-room apartment in San Francisco and the moral code of the time do not look favorably on women entering a man’s bedroom.
The wall bed is Williams’s solution.

The wall bed was a common feature on the silver screen.
It appeared in films such as You Only Live Twice(James Bond), Who Framed Roger Rabbit and Carlie Chaplin’s 1916 One AM.

Space constraint is not a issue, Vertical Hidden Murphy Bed enables you to tilt it horizontally so as to create more walk spaces in the night.
And when the bed is flipped-up and kept nicely in the casement it looks completely neat and tidy like an additional storage for you